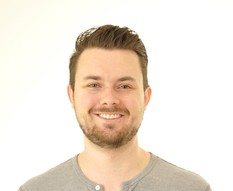 ​Born in Surrey, BC, Jordan received a BKin in May 2012 and his MSc in 2014 from the University of BC, where he is currently enrolled in an MD/PhD program. His field of study is spinal cord injury (SCI). The objective of his PhD work is to investigate novel strategies to improve cardiovascular health following SCI. His goal through his research is to improve the lives of Canadians and Canadian veterans living with SCI.

Due to his stellar academic performance, Jordan has received several scholarships and awards, including NSERC and most recently, the Canadian Institutes of Health Research Canada Banting and Best Graduate Scholarship, as well as the Killam Doctoral Scholarship, a prestigious doctoral grant available at UBC.

To date, he has produced a strong publishing record plus numerous abstracts and oral presentations. Further, he is already collaborating with numerous institutes across Canada, the United States, and Europe. Outside of academia, Jordan has volunteered at BC Children’s Hospital and Canuck Place Children’s Hospice, spending time with terminally ill children, training new volunteers and serving on numerous committees.

Jordan is described as a natural leader and a highly productive and accomplished independent researcher. He enjoys theatre and music, plays in a slo-pitch baseball league and is an avid cyclist. 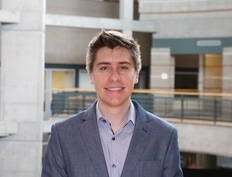 Born in Lévis, Quebec, Vincent graduated with a Bachelor of Engineering (Engineering Physics) in 2014 from Université Laval and is now in the Electrical Engineering PhD program there. He is working in the field of optical spectroscopy, which has applications ranging from quality control in food production lines to environmental monitoring. Vincent is researching infrared spectrometers to improve them through the integration of miniaturized frequency comb technology. Faster spectrometers will contribute to better and safer products, improved weather predictions and air quality monitoring.

Vincent has an impressive list of scholarships and awards, including multiple NSERC (Natural Sciences and Research Council of Canada) scholarships and three Governor General’s Academic Medals.

Vincent has volunteered in a large number of activities within both the academic and scientific community. He is currently president of the research centre’s student association chapter, which among other things, supports scientific education within the community. A committed volunteer, he received the association’s “Big Heart, Large Brain” award four years in a row, given to the most helpful student. He is a dedicated mentor and tutor and has also volunteered for Photonics Games, Science Alive and the student newspaper.

During his spare time, Vincent enjoys fly-fishing and playing the bass guitar. 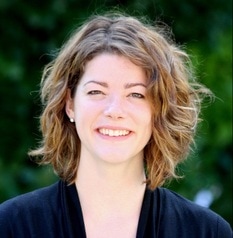 ​Laura Jane (LJ) was born in Kitchener, ON, and grew up in the Elmira area. She received a BScH in Bio-Medical Science in 2015 from the University of Guelph and is now pursuing her Doctoral studies there, in a collaborative program in Epidemiology and International Development Studies. LJ’s proposed research pertains to the health and well being of Inuit mothers in the Baffin Region of Nunavut. She is exploring the current practice of obstetric evacuation and how it affects those women and their families.

LJ was the top student in her graduating class, ranking #1 out of 5,193 undergraduates. Her outstanding academic record has earned her numerous scholarships and awards, including a University of Guelph scholarship, awarded to students of exceptional merit, seeking direct entry into the doctoral program from a BSc. Most recently, she received a prestigious CIHR scholarship for academic merit.

LJ’s interests include sports, music, travel and gardening/farming. She plays five instruments and has won awards for her excellence in classical piano performance. She volunteered for years at a drop-in centre for people living on the street; also with the Best Buddies program, working with an adult with intellectual and developmental disabilities. LJ also volunteered with the Guelph Community Health Centre, helping out with incoming Syrian refugee families and as a refugee settlement worker at Romero House in Toronto.

One of her referees called Laura a “talented scholar, gifted leader and a natural educator.”