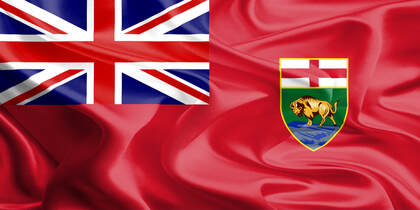 "Our Mission and Goals Carry On"

In 1909, five primary chapters were established in Manitoba.  The first was IODE Prairie Gateway in Portage La Prairie, which concentrated on education involving youth. IODE Prince Alexander of Teck Chapter in Brandon, worked to provide an urgently needed, 20 bed King Edward Memorial Cottage at the Sanitarium in Ninette.

IODE De Winton Chapter in Carberry, IODE Diamond Jubilee (1960) Chapter in Brandon and IODE Jon Sigurdsson Chapter in Winnipeg continues to support their communities and Manitoba.  The members carry on maintaining the works of IODE through Services, Education, and Citizenship programs.

During World War I, 500 plots were set up in 1914, for veterans, with headstones of Canadian granite at Brookside Cemetery in Winnipeg.  In October 2010, Brookside “Teardrop” section was refurbished and honored at a special ceremony.  The Provincial Chapter of Manitoba was recognized for their persistence in accomplishing this renewal.  There is a special Cross, with the Sword of Peace, one of a few erected by Commonwealth Graves in the world, the area is cared for by Commonwealth Graves Commission.

In 1997, Manitoba residents withstood the catastrophic “Flood of the Century”. Rising waters of the Red River caused evacuation of 24,000 people from their homes. The IODE members quickly responded to assemble good grooming bags for immediately distribute.  Business and personal donations valued at more than $128,000, including personal grooming items, toys, diapers and much more came from all areas in Manitoba.  Donations of over $16,000 flowed in from across Canada.

The Provincial Chapter of Manitoba was still able to host a very successful National Annual meeting in Winnipeg.

IODE Canada 100th Anniversary celebrations (in 2000) included the complete refurbishing of a “teen” room at the Children's Hospital of Winnipeg.  Benches and a huge colorful mural provided enjoyment on the outer deck for children and their families.  Primary chapters each planted a tree at the Legislative Grounds.  100th Anniversary gardens were planted in various locations. Centennial Awards were given out, hospital equipment, library donations, helpline bookmarks for kids, public displays and more were provided by the Manitoba Chapters.

To officially conclude this project, in October 2010 a special presentation took place at the Laura Secord Secondary School in Winnipeg, where $500 was presented to the Library resources to purchase books of Canadian content.  Members from Manitoba chapters attended this presentation.  Information and Essays from the contests are at S. J. McKee Archives at Brandon University.
​
The Provincial Chapter of Manitoba IODE disbanded in June 2000.  A Coordinating Committee arranges “get-togethers” for members to share information, ideas and fellowship.